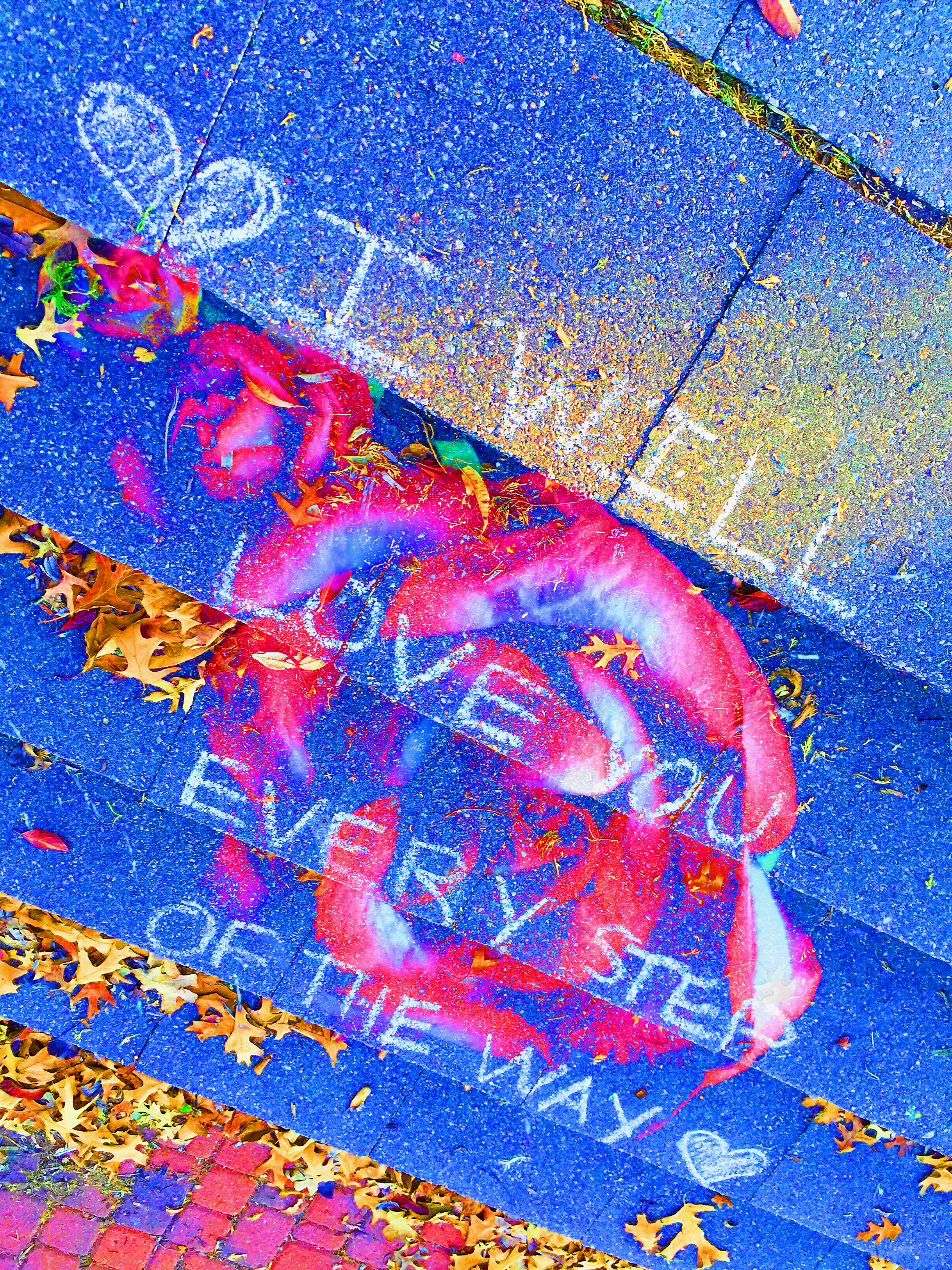 I’ve missed you! I thought I’d skipped a week or so, but I realized today that I’ve been gone a month. It’s been a worthwhile month, but I would have loved to have had you here. You’d have gotten roses. Not everyone’s favorite thing, but it made me fuzzy. 100 velvety maroon roses and a roomful of some of the most enjoyable women I’ve met, meeting each other.

I still feel like a little girl playing dress-up every time I get ready for a concert. I put on the crazy clothes and pretend people are going to love the music and I pray that it ministers to them. I put on glasses that make me feel smart and run my mental pen down the checklist, verifying each item is packed or set up. It still feels like pretend though, even though the lyrics are directly from my heart. Then I hang out with my friends who play amazing music, and we set up our toys and rock our little hearts out because it’s so much fun. I’ve written with 6 guitarists and a couple of pianists, and I don’t know if they feel grown-up and I’m the weirdo, or if being a kid is an inherent facet of the musical soul.

In every band, I’ve known that I wanted to both sing and speak at conferences. Two years ago, a friend of mine pushed me to introduce myself to a speaker I’d enjoyed. I’m not the groupie type, although I should remember more often how good it feels to have people tell you that you did well. I went down and stood in line, and couldn’t think of much to say except, “Wow! I really liked what you said (giggle, grin)! I’d like to do your job in a couple of years.” Yeah, no threat there. Eek.

I doubt she even remembers it, but in my mind is a mural of that moment. I don’t even remember who the speaker was. I think she was blonde. Each word in my last sentence was a bubble of scent that burst when it hit air. “I’d like to do your job in a couple of years.” I think one popped on the end of my nose, because I smelled it for two years, even though I had no clue how I would ever get there. Then, in December, Kim White offered to mentor myself and my Aha! Moment partner, Jennifer Owens, through the process of creating our own conference. What? You can do that? Who ever heard of designing your own dream?! Okay, maybe God. He’s kinda clever, that One.

Wow. I’m here. And even though it feels impossible, I know it’s not. I can look back and see how so many steps in my life moved toward this. It almost didn’t feel like pretend, though it definitely felt like play. We had so much fun, we’re doing it again September 17. The open discussions were as valuable as the music and presentations. Women with unique histories and current situations refused to choose anonymity. They were real, they talked through personal challenges and poured into each other. When the conference was over, nobody wanted it to be. We went to dinner and then went to support one of our guests who had actually come to our conference when she had a show of her own that very night. That’s something I’ve never been able to do. I’m humbled. And that girl is funny! Thanks, Deana O’Hara.

Guys, I enjoy your blogs. I’m grateful that you enjoy mine. I want a conference that isn’t totally for women one day, but be patient with me. 100 roses made the girls happy, but I’m not sure 100 wrenches would do the same for you. Tell me what you want, and I’ll work towards it.

Meanwhile, I’ll take pre-orders for my book of 31 full-length devotions and action-items from Proverbs. It’s coming September 17, and it’s called Wind in Your Hair, Wisdom in Your Heart: 31 Days with God at the Wheel.  Let me know if you’d like an eBook for $10 or a signed paperback for $20. I know you’ll dig it.

Ladies, even if you didn’t make it to this one, we’re planning another Rose in Bloom. Meanwhile, spoil yourself with some of the creations that came from this weekend of wonder by clicking here.