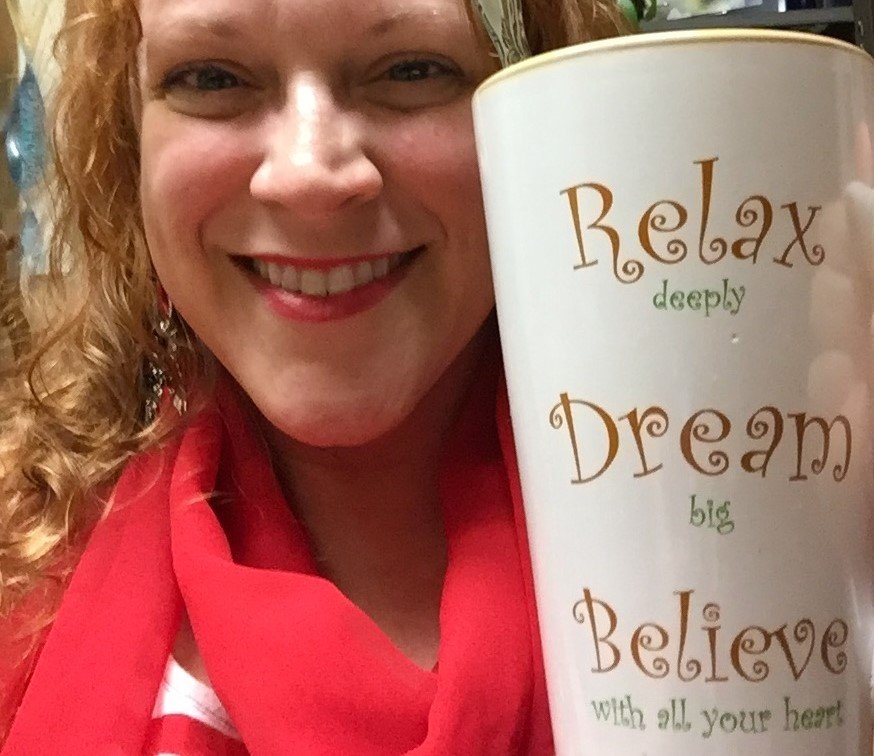 I’m an all-nighter kind of girl. I will pull an all-night work session if it means I can snag some free time on a sunny day. I don’t just do it at work, either. Tonight, I cooked a pound of bacon, a dozen little meatloaves and 2 pounds of ground beef. Some Jason Mraz on the speakers, and I’ll dance around the stove like I’m getting a Grammy®. A couple of hours and a freezer makes cooking a breeze on other nights, when I’d rather dance in the park.

According to the World Hunger and Poverty Facts and Statistics for 2014-2016, approximately 780 million people live in hunger. Do I feel guilty stocking my freezer? Nope! The number is down from 991 million between 1990-1992, and my friends and I are part of the change. Why do I sponsor Kato in Uganda? Not out of guilt—out of joy. When he wrote to tell me his family used our Christmas gift to buy a pig to go with the chickens they bought last Christmas, I could imagine Kato’s mom dancing while she cooked. 6 years ago, she and her husband struggled to support their seven children on sporadically available manual labor that barely paid for a little cassava. Now, they grow vegetables and sell eggs and goat’s milk. One of these days, I want to hear the music that makes Kato’s mom dance. I wonder if she’d like Keb ‘mo’.

When late tonight, I melt into my foam-topped mattress, I won’t need mosquito netting. Will that keep me awake? Nah. In her second letter to me, Chrismeldy from the Dominican Republic asked, “Have you ever heard of Dengue?” Chrismeldy was four years old at the time. The worst thing I have to fear from the outdoors is an overdose of pollen. My sinuses behave as though Bradford Pear trees are deadly, which is really unfair because Tulsa is lovely in the spring. This dimpled little girl has already seen the effects of Dengue. My husband and I sponsor Chrismeldy because we wanted to teach our granddaughters the joy of sharing. She wants to be an abogado, a lawyer, when she grows up. I believe that may happen. I sent her a picture of the Supreme Court last year and told her it’s a great idea.

Chrismeldy and Kato live in places where those in charge don’t understand the joy of giving. Transparency International estimates that in 2016, 75 million people in Uganda had to pay bribes. In 2014, Ugandan parliamentarians were earning 60 times the wages of most state employees, and parliament was seeking a raise. Kato has learning disabilities due to malnutrition, but Compassion International is teaching him skills and helping his family become self-sufficient. When other organizations boycotted Uganda because of the corruption, Compassion kept a close eye on the donations I sent. I don’t have to choose between feeding corruption or abandoning my young friend’s family. In the Dominican Republic where Chrismeldy lives, children are frequently forced to work, bringing in rice, sugarcane and coffee instead of going to school. This keeps the poor without resources, generation after generation. Compassion International believes in working both hard and smart. The teachers at Chrismeldy’s school keep her mind growing. Our sponsorship money meets immediate needs and buys this serious little girl time to reach her potential. Maybe she will be an abogado. Maybe she’ll change her mind a dozen times between 4 and 18. Either way, she’ll be significant. She’s already making an impact on me.

Compassion raises up leaders. Children who grow up in the Compassion program learn marketable skills. They develop strong work ethics, and they are taught that helping others makes you rich, while demanding from others keeps you hungry for more. Tonight, I feel rich.

Yesterday, I heard a sermon on taking God’s portion right off the top of your paycheck, before you start paying bills. Things always get short when you save God for last. If you give to God first, money goes as far as it needs to. I’ve found that to be true for many years. Think about the following:

I believe the One who made the universe always has ENOUGH and enjoys sharing with people who  share. When corruption and gangs take over a community, it’s because people have lost hope and grab what they can in desperation. Grabbing perpetuates hopelessness. If you will share hope with one child, it spreads to his siblings and parents. If you mentor a child, she grows strong enough to reject the desperation and spread the light you shone. The second you get a letter from one of these kids, loneliness vanishes. Helplessness disappears when you learn what your $10 or $20 at Christmas bought. Sponsor a child by clicking here. Before the year is over, you’ll be dancing around your kitchen feeling as rich as Bill Gates.